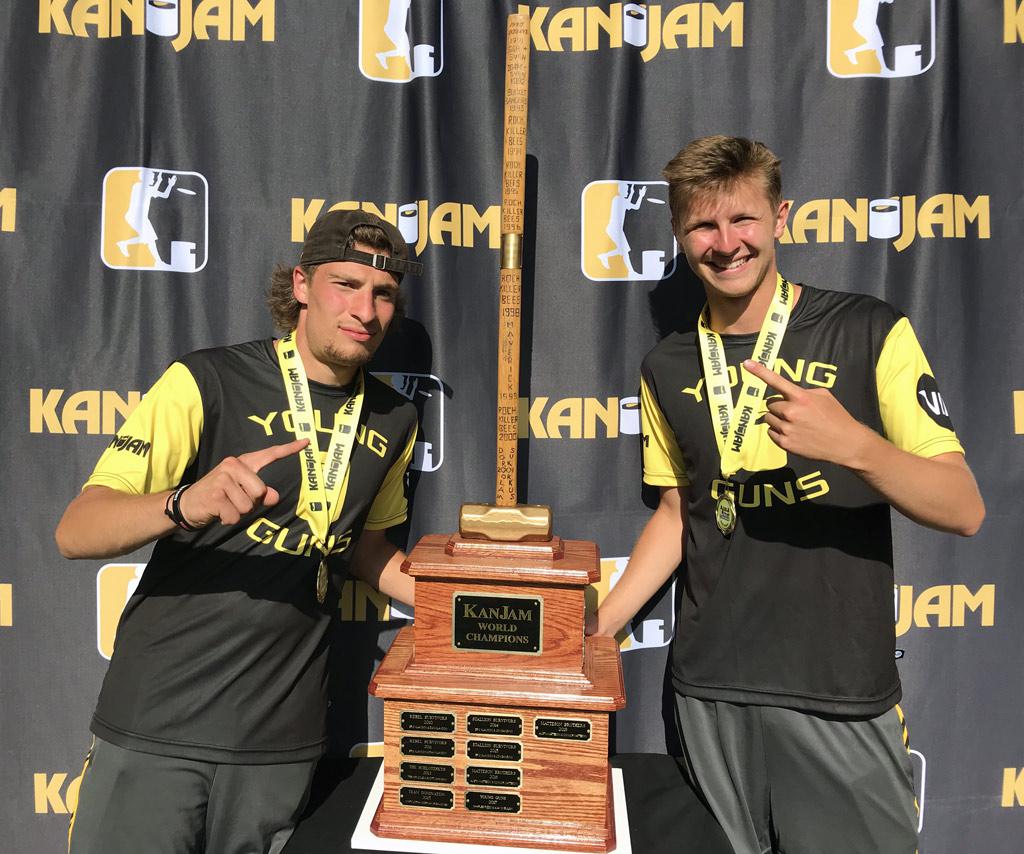 Young Guns, composed of Charles Rizzo and Ajay Cybulski, made history as the first ever team to go undefeated in Regular Season play with a record of 21-0.

In the Final 4, after tying up the series at 1-1, Young Guns won the next three games to defeat Team Domination. In the other series, Matteson Brothers won the first game, but Stallion Survivors came back to win the next four in a row to knock out the defending champs.

In the World Championship Finals, Young Guns won Game 1 by a score of 21-15. Stallion Survivors rebounded to win Game 2 in triple overtime. But Young Guns caught a groove, winning the next three games, including two of them also in overtime, to claim their second KanJam world title. They join the other three active teams from the Final 4, all four teams now with two World titles. 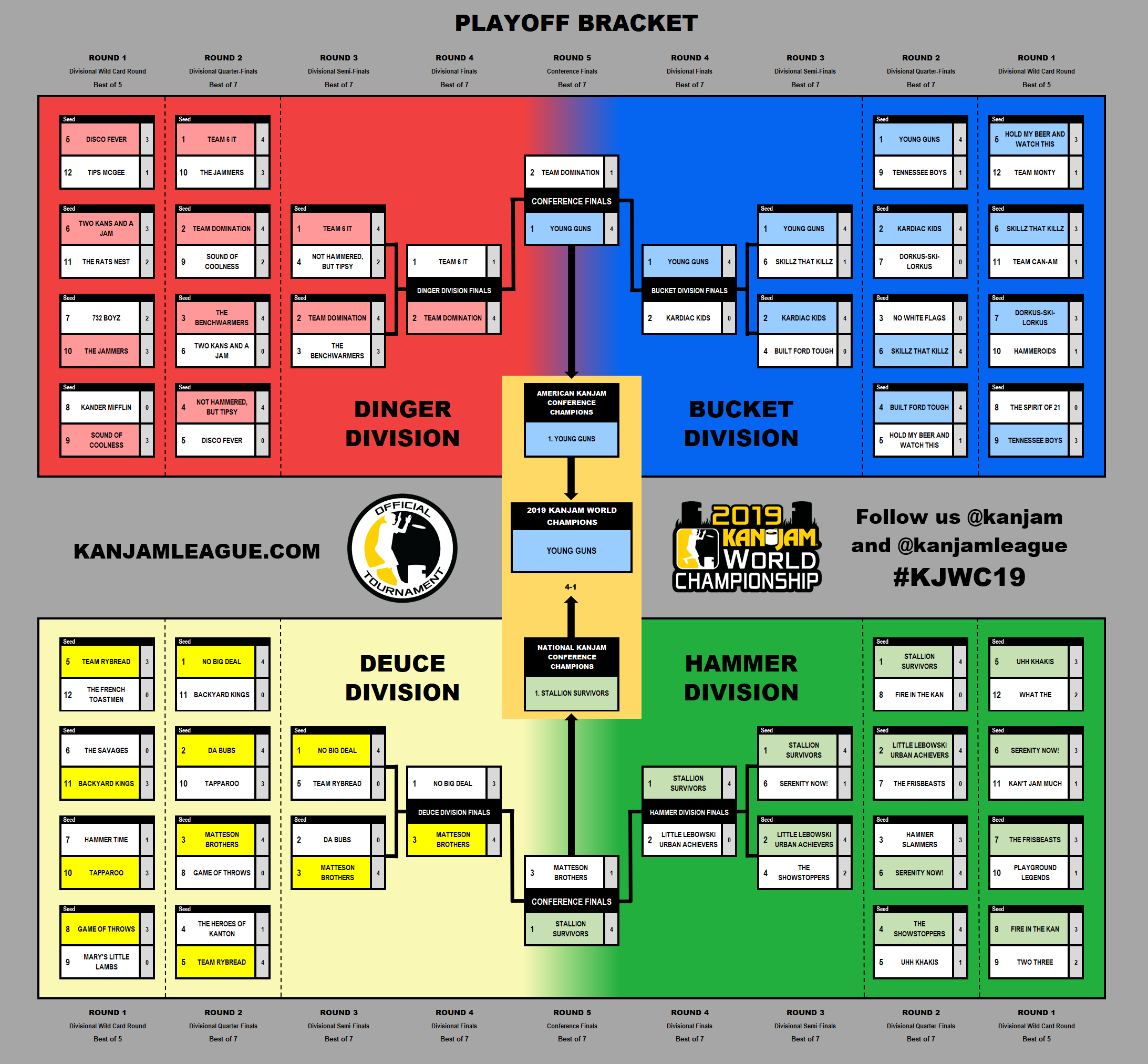